Our contribution to the new Seabin – Portovecchio, Sanremo

We are excited to announce some great news: the installation of the first ever Seabin in Porto Vecchio, Sanremo!

The Oceanis Yachts team have been working tirelessly on the Seabin project and after more than a year we can finally say that the idea has become a reality! We celebrated the milestone together with the other operators involved, in an inauguration ceremony that took place at the Sanremo Yacht Club, Saturday 19 June 2021. 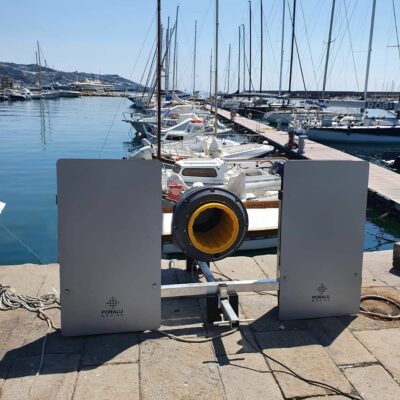 We decided to join the project and make our contribution to donate the Seabin to the Sanremo’s old port because we wanted to be an active part in building a sustainable future and, as yacht dealers, we started with what we love the most: the sea! Now we couldn’t be happier as the seabin is already working to make our sea cleaner!

What is a Seabin and how does it work?

The seabin is essentially a floating garbage box that floats on the surface of the water. The Seabin Project is an Australian invention dreamed up by two young sea lovers: Pete Ceglinski and Andrew Turton. It all started with one simple idea: “If we can have garbage cans on land, why not have them in the water?”! 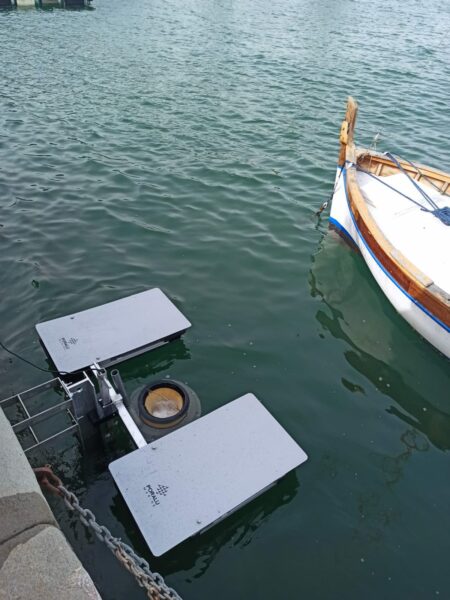 The Seabin works as a floating dustbin, skimming the water’s surface, collecting plastic and other types of waste from the sea. Depending on weather conditions and the volume of waste, it is capable of capturing around 1.5kg of waste per day, that’s over 500kg per year. It also collects 2mm diameter microplastics and 0.3mm microfibers, as well as common waste that ends up in the seas such as cigarette butts, cotton swabs and plastic bottles.

It is designed to be placed near floating docks, marinas, waterways, residential lakes and yacht clubs. It can also be mounted directly on a yacht. The Seabin is fixed to a dock with the top of the device at a surface level.

Thanks to the natural rhythms of the wind and currents, the debris will be drawn into the Seabin.

The water pump, connected to the base of the device, is capable of filtering 25,000 liters of seawater per hour. The waste is caught in the bag, which can hold up to 20kg a time, while the water passes through the pump and returns to the sea. When the bag is full, it is emptied and cleaned. Inside the Seabin there is also the possibility of inserting a filter to separate water from oil, so that only clean water flows into the sea (Source: Lifegate).

The Seabin is already present in many Italian and international ports: 860 Seabins have already been installed around the world and now it has finally arrived at the Old Port of Sanremo!

We hope this project can help to raise awareness among people and institutions and push other operators to join the battle against plastic waste and clean up our oceans!